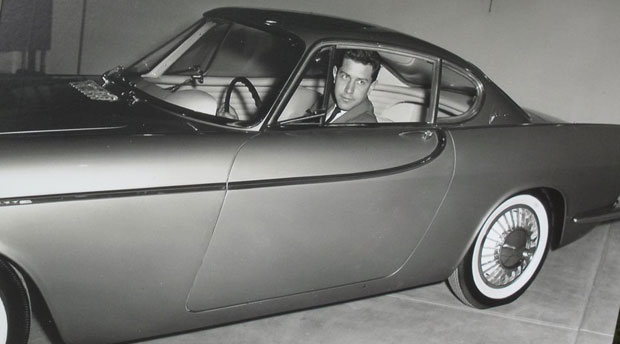 Following in the footsteps of a father who contributed so much to the development of the P1800 would seem an almost impossible task for a young designer like Pelle. He was, to say the least, quite up to the task. Before going to work at Frua, the younger Petterson had already developed some of the styling sketches which shaped the new coupe. The Italian influence was apparent though, the biggest clue being the turned upsweep of the front bumpers reminiscent of the 1955 Lancia Aurelia Spider by Pininfarina. Pelle's designs were delivered to Gunnar Engellau along with other stylings from Frua in 1957. At that time, Frua received full credit for all the styling concepts and Engellau chose Pelle's body style without knowing that it had been prepared by Helmer Petterson's son. When Engellau discovered that Pelle was Helmer's son, he was outraged. He did however, stand by his decision and authorized construction of a prototype coupe based on Pelle's styling. [Bill Webb]

PPY Production AB designs, manufactures and sells under the trademark Pelle P technical sailing – and casual clothes as well as a ski – and winter collection where design is combined with high quality and function.

The company has its origin from the sailing legend Pelle Petterson who also has a unique skill as a successful designer and world – renowned competition yachtsman. The head office is located in Billdal outside Gothenburg with market presence in Sweden, Norway, Denmark, Finland, Germany and Holland. 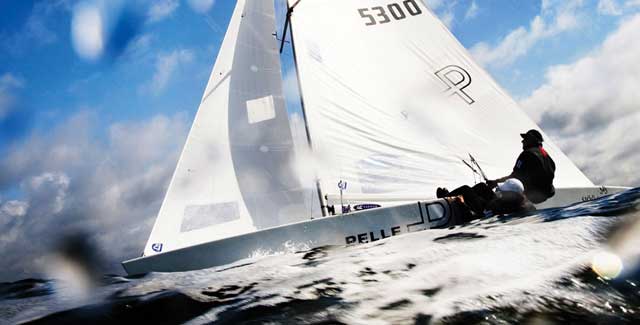 Not only an accomplished designer of racing yachts, he is also a world-class yachtsman. Pelle has been a strong contender in the sport for several years and in 1982, captured the World' s Cup 6-Meter regatta with a yacht of his own design.

As well as his many sporting successes, Pelle Petterson is a famous boat designer with an international reputation as the creator of the Maxi yachts and parts of the Nimbus motorboat series. More than 85,000 boats designed by Pelle Petterson have been produced.

Maxi Yachts is one of the foremost and most respected boat builders in Europe. The name Maxi has for decades, been synonymous with well-built boats which, due to their high quality, have ensured that the company has carved itself out a special reputation within the boat world.