Travels with an VOLVO 1800S 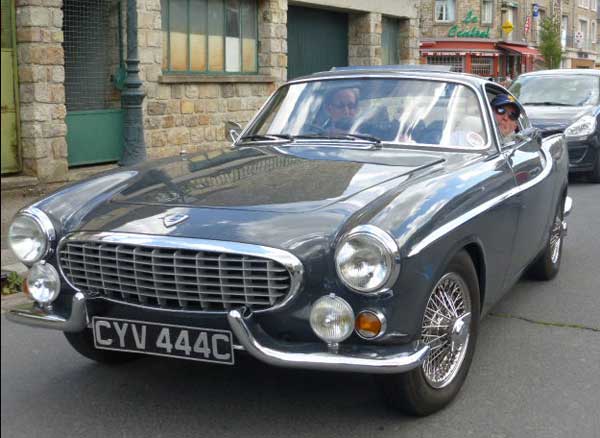 Following a visit to the Cotswold Motor Museum in Gloustershire, a return visit to this county was made to make a couple of runs on the famous Prescott Hillclimb. Great fun and highly recommended. 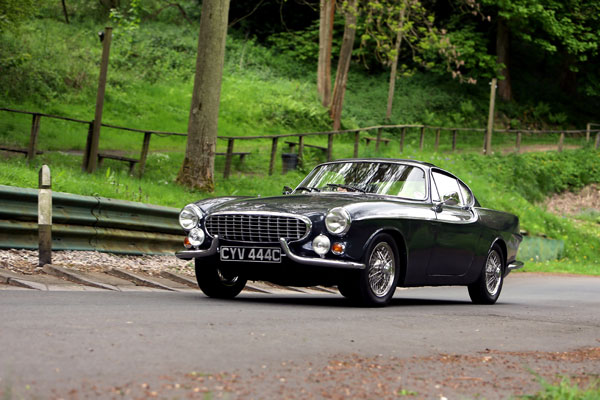 On the Prescott Hill Climb

There followed a long awaited trip up to the Isle of Skye, in Scotland. To make this an enjoyable drive over some of the best roads of Northern England and Scotland, motorways were avoided where possible. Two overnight stops were made travelling north. The first in the Forest of Bowland, in rural Lancashire. This is a remarkable area in North East Lancashire that few know of, consisting of gritstone fells, deep valleys and peat moorland. Today there is little sign of foresting, but that is made up by the wonderful views and light. We stayed at The Inn at Whitewell situated on the banks of the River Hodder, which can be crossed via the stepping stones on foot –provided one has reasonable balance!

Next day we continued North driving into Scotland and cutting west around Glasgow and over the Erskine Bridge and on to the start of the A82. This is the road to surpass nearly all others in the UK. We stopped at Arrochar on Loch Long for the next overnight stop, staying at a B&B run by a delightful couple, members of the Jensen Owners Club. They liked my 1800S despite it not being Jensen built!

The next day was probably the most memorable drive continuing with an early start up the A82, with the stunning scenery including Glencoe and all the brooding history that is very much a part of taking in the whole experience. Some may recall the wonderful aerial shots of James Bond (Daniel Craig) driving his Aston Martin DB5 in the Skyfall film.

We opted for the Mallaig ferry for the crossing to take us over to Skye. This made for a pleasant brake in the driving and felt a more traditional way to arrive onto Skye. Also on the ferry were a considerable number of friendly German and Dutch motor bikers with some BMW and other exotic large machines. 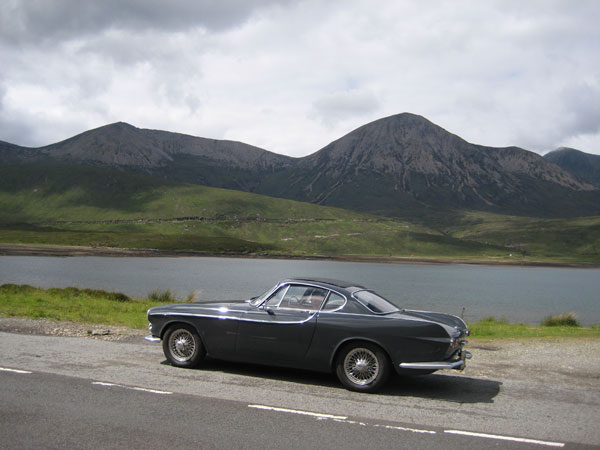 The Isle of Skye with mountains in the background

Skye is a much larger island that one might expect. We decided to see as much as we could of the Eastern side of Skye on this first day before finally reaching our destination at the Stein Inn (the oldest inn in Skye) on Loch Bay near Dunvegan Castle, the ancestral home of the MacLeod family.  Next day we explored more by car and foot including meeting up with Australian friends in Portree for morning coffee and scones – no mean feat through the poor mobile phone signals due to mountains. We returned to Stein and the Loch Bay Seafood restaurant for the best meal of the holiday.

The departure from Skye was over the relatively new bridge which has no toll and then stopping to see Eilean Donan Castle, a great sight (but too many tourists at the weekend). More great driving to Fort William with Ben Nevis, Britain’s highest mountain, peaking out of the clouds as we approached. Then a pit stop for a bite to eat and stretch our legs walking beside the Neptune’s Staircase – the system of canal locks, lifting boats through a series of 8 locks by 20 metres from sea level to the Caledonian Canal (built by Thomas Telford 1803-22).

We reached our overnight halt at Langbank on the south side of the Clyde estuary in time for a pleasant meal and sunset with a local Whisky…..

Next day started  it was a pleasant coastal drive via Largs and  Troon then cross country and back into England for  our final night at a lovely coaching in Clifton outside Penrith on the old A6. The following morning my wife was the first to spot the car had a flat tyre. It turned out to be a slow puncture so could be pumped up and wheel swopped without difficulty. However I realise now that my scissor jack was only just up to the job, so will get replaced by a heavier loading one for the future. The final skirmish was through the Lake District and then the run south was uneventful but the morning mist and low cloud prevent us making the most of the scenery. The distance covered on this sojourn was 1560 miles with a fuel consumption average of 26.6 MPG (sorry Brits still think this way!). Not bad considering the type of driving involved.

My next trip with the 1800S was to France for the Le Mans Classic. The driving with a friend was great fun, with some wonderful roads once clear of the Autoroutes. France being so large has much less traffic congestion so feels like that of driving in Britain more than 40 years ago (sorry to show my age). 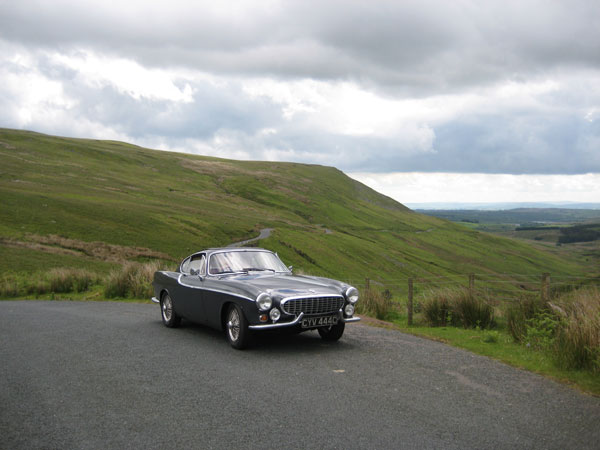 Hill view over the Forest of Bowland

We travelled as a group four, with the other car being a mid 80’s Porsche 911 Targa. Generally my 1800S kept up well with the Porsche despite being 20 years older. Collectively we had enough equipment to camp on site at the Le Mans circuit for 4 nights. The French hot showers and loos were up to scratch and in my view considerably better than one finds in the UK.

The racing at Classic Le Mans is of the highest order with a wonderful spread of grids proving something for everyone. For me the sight of the 1923-1939 cars battling it out in the afternoon, the middle of the night and finally extreme wet of following morning was unforgettable. To see a Bugatti Type 35B (1929) battling it out against a similar aged Bentley 4.5 litre Blower -day or night - was truly awesome! At the other end of the scale the sound of some 50 1970’s racers bunched for a rolling start at midnight whilst viewing from the pit straight was an explosion of sound and lights - quite unforgettable.

A quick check of the car before departing Le Mans revealed a very loose air filter on one SU carb and two screws lost (?) as well as a loose wheel spinner on one of my front wire wheels. Both rectified but somewhat surprising.
The drive back to Cherbourg through rural Normandy was delightful, and included a pleasant lunch stop in the town of Domfront. For note the fuel consumption was very similar to the Scottish trip –slightly under 26MPG due to the higher speeds. Despite experiencing some very hot daytime temperatures in France, the engine never showed signs of excessive heat, and the Webasto sunroof was a real bonus for the driver and navigator!